***This article originally appeared in the Spring 2014 issue of Traverse Bay Family Magazine. It has been reprinted with permission.***

The days of kids playing in large neighborhood groups seem to be over and with them, games that can be played without prior planning and gear seem to be disappearing. 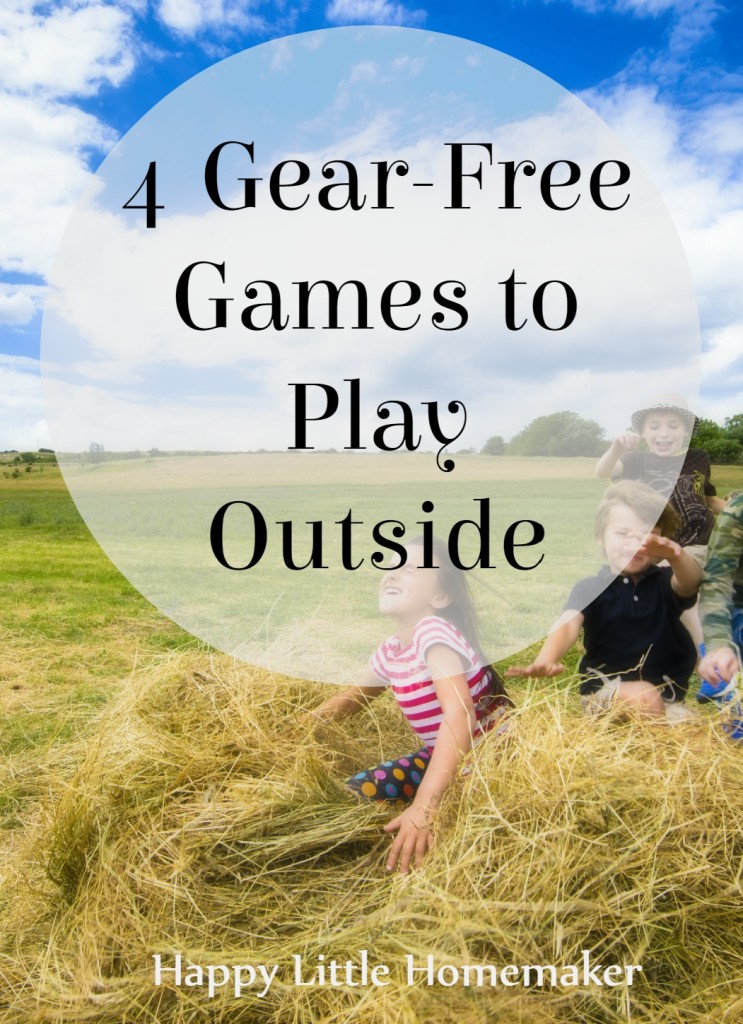 I’ve found that there are always occasions where knowing these games are invaluable for keeping kids occupied and active — family reunions, graduation parties, barbeques, and more.  Here are 4 “lost” games that you can play and teach your kids when you have lots of space, but little “stuff.”

Best played where there are many hiding places, whoever is IT closes their eyes & counts to twenty. Everyone else hides and IT yells out those who can see & where they are hiding. They are out. IT yells “come a little Closer,” closes his eyes & counts to 5, while everyone comes closer. The players can either find a closer spot or run for home. Game is over when everyone is caught or home free.

A variation of Tag, this version requires that you stand with your legs apart when tagged by IT. If someone crawls through the stuck players legs, they are free to rejoin the game. Play continues until everyone is frozen; last person frozen is the new IT.

3. Rabbits in the Warren

Two children stand and join hands in an arch. Everyone else marches around in a circle under the arches. Someone blows a whistle or yells and whoever is caught helps form another arch. The circle goes under all the arches. Each person caught forms more arches until everyone is caught.

This game requires a wide space to run and boundaries at either end. The players line up across one end. Whoever is IT yells “I am an octopus, full of black potion. See if you can cross my ocean!” Everyone runs from one boundary to the other. If the octopus tags you, you become a crab. One foot stays planted while you help IT tag the runs. The game continues until everyone has been tagged.

These are just a few of the fun games that can be played with a crowd of people of all ages with space to run and nothing else.

Do you have any favorite games that you love to play in a large group?