Disclaimer: I received a copy of this program in exchange for an honest review.

Ever bought the wrong curriculum?  And then used it for 6 months before you realized it?  And then found just the right one when you needed it?  That happened to me when I go chosen for the CTC Math review with the crew.  DD6 had been working through her math curriculum all year…until I realized that not only did I hate it because it took too much of my time, but it was the wrong level. I did a little happy dance when found out we were going to receive the 12 Month Family Plan from CTC Math. 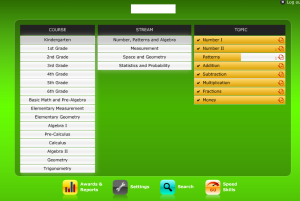 CTC Math is a company based in Australia.  Originally intended as extra tutoring for public school students down under, they decided to expand to the US and it has exploded!  CTC Math covers grade levels from Kindergarten through Trig.  From what i understand, CTC Math is a complete curriculum for K-Jr. High, but the high school math is more for extra tutoring, although they are working to change that. 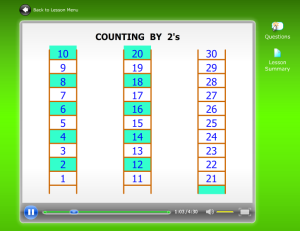 The work is divided into broad topics with a video to explain each subtopic as well as demonstrate how to answer the corresponding questions in a lovely Australian accent.  For lower grades, students watch the video and answer a set of questions. After, the student can answer more, or keep their score. 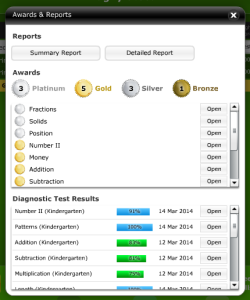 If you aren’t sure what they know, you can go straight to the Comprehensive Test in each topic to see if the need to review it  or use it after the work is completed.  Depending on the score received in each topic, the student will earn a Platinum, Gold, Silver or Bronze medal.  The student can answer multiple sets of questions to improve their score & earn a higher medal.  A certificate is e-mailed to the parent once earned.

12 Month Family Plan costs $118.80 and covers up to 5 students automatically.  More than 5 students?  No problem, just email them and they can manually override it for you.

Since we wasted 2/3 of the school year doing the wrong math curriculum, we started by taking the comprehensive tests so we could skip what she knew.  Then she caught wind of the  medal/certificate thing and she was determined to get as many as she could.  She would plow through kindergarten lessons at 3 topics per day, earning better than Bronze in all but 1, I think.

She really is motivated by that aspect and did all Kindergarten math in just a few weeks.  I let her build confidence with the program and its nuances before starting her with the first grade work. 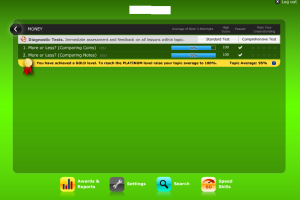 The accent is fun and its interesting to note the differences in how Aussies use words versus how we use them (like holiday vs. vacation).  I love that *I* don’t have to spend hours explaining it all and can work with my other kids.  I also love that it emails me a report automatically each month as a PDF, so I don’t have to go in and look.  LOVE that.  LOVE.  I also like that they can continue answering questions and are shown a report with the questions they answered right & wrong.  I also like the immediate feedback on each question so they could potentially not make the same mistake twice. 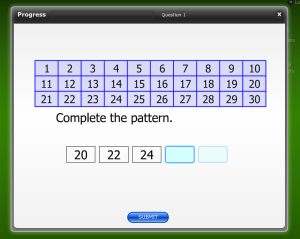 The last thing that I absolutely love is that there isn’t a lot of dorking around.  She can skip stuff she has mastered (or blow through 3 or 4 a day to earn medals. ;D) and go to new material as ready.  If she hasn’t gotten it, she can’t move on.  How can you add double-digits with being to add 1+6?

There are a few wishes that I have.  One is that you could assign work.  My 6 year old is capable of figuring out where to go on her own, but I could totally see her sister NOT being able to next year.  The oldest children seem to be extra mature…

Another is that the money section was easier to see.  The pieces of money were crazy small and poor quality.  I ended up telling her what the said on them at the beginning & she began to do it by the profile of the guy on it by the end…maybe that was the point?

The only thing I wasn’t fond of was the simple addition/subtraction.  They teach a bit of strategy to start and I prefer fact memorization.  BUT they do have a speed drill section.  My daughter isn’t a fan, but she’s not a fan of the flash cards either — Not ALL learning is fun :).   We have had to pause to spend a bunch of time on speed drill/flashcard type stuff before doing a lot of the first grade materials.

Overall, both my daughter & I liked CTC Math A LOT.  She is a visual learner, so the presentations work better for her than my preaching a lesson does.  It’s also no prep, which I love.  And it’s independent work for her, which I love even more!  I’m looking forward to blasting through first grade through the summer and being ready to pick up second grade where she should be if I hadn’t messed it up.  Providential, really, because I was researching less mom-intensive Math when this became available.  And I don’t have to buy books!
Read all CTC Math reviews from the Schoolhouse Review Crew team.