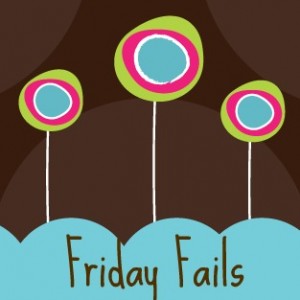 I’m not a fan of writing fail posts (obviously–I don’t do it often) but I had to share my Epson experience frustration with you. I don’t know if you all remember way back in 2008, Epson was hiring mom bloggers to really push their new Epson Artisan 800 All-in-One Wireless photo printers for Christmas. We happened to be moving to VERY tight quarters (a camper, to be precise) and so this seemed to be the perfect solution. 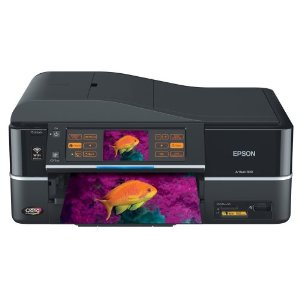 We purchased one and as a printer and scanner it worked ok. We came back to our house two months later & put the machine into storage using it sparingly until about April of this year. After 3 months of normal-heavy use (I purchased about 4 sets of cartridges), my “ink printer pads had reached end of service life.”.

Huh? Of course it’s out of warranty and the repair place (500 miles away) said there are usually several (6-20) pads to replace at an estimated cost of $300 including shipping. And that’s if nothing else was broken causing that message. The printer only cost $365!

That’s not the only thing irritating about this printer. How do I hate thee, let me count thy ways…

I guess my advice to you would be to check long-term hardware reviews, ink options and maybe be wary of reviews that don’t have any cons. No product is perfect.

Now that this printer has died, I will go back to my Canon flatbed scanner (unless SnapScan would like to send me a unit for review ;D–I had one before and ran literally 10’s of 1000’s of pages through it before it broke. I miss it!) & my HP Color Laser 2550. That printer holds $600 of ink at once but I only need to replace the toner about every 12-18 mos. I spent $110 every 6 weeks on that Epson.

What printers have you loved & hated?