I’m calling this year advanced second. Lil’ Bit essentially did K a year early and though she is at a third grade level in many subjects, she is at/below grade level in a few due to me just not getting there. Because of my not-so-great health right now, we are going to spend time concentrating on the holes and building good habits and relationships before we jump into the more advanced work that comes with third grade. I think we will all benefit from a little break and she will be right on par with her peers. 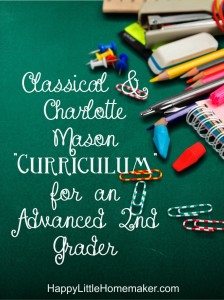 In the 3 months since I wrote my first draft of this post, I have almost entirely revised it 4 separate times.  Hopefully, this is it!  I am hoping to use a lot more books and be a lot more relaxed. This year, also I have fewer must do’s on my list and a whole lot of extra stuff to do in winter when she is bored :).

We will work through Bible Study Guide 4 All Ages again this year after a year hiatus.

For our Catholic/religion, we will be using our saints books from the Saint Picture Book Club and also using the suggested texts from Mater Amabilis, the Catholic CM site.

I’m pausing on the Faith & Life because she already did the second grade work and passed with flying colors.  I think she starts reconciliation prep this year and we will probably do some extras around that, too.

In addition, I have a list of religious reading, hymns to learn, things to memorize and such from Classically Catholic Memory (Beta Year).  We aim at a mix of classical & Charlotte Mason here :). 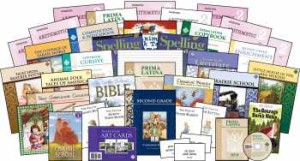 Like with the Little Lady, we are using mostly the Memoria Press Second Grade curriculum.  I had actually purchased some third grade stuff and was all ready to do that when I had a change in heart and decided it couldn’t ALL be really hard.  I can’t help tweaking it though, so we have a few substitutions :).

Otherwise, everything is pretty much the same.

I was going to use CTC, but after reading The Conversation and The Core, I’ve decided that I REALLY want her to have a great base with her core math skills.   I have all the math mammoth books and will use those to really solidify addition and subtraction until she gets those math facts up, down and backwards!   We will play games, too. 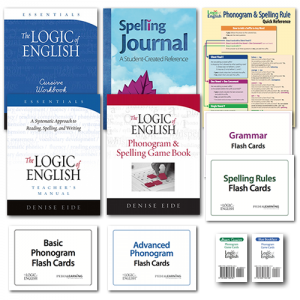 We are going to change out their phonics because we have Logic Of English Essentials already and that covers the Advanced Phonograms AND the spelling rules. We will skip the grammar sections because if we do MP next year, English Grammar memorization is one of the courses.

I had considered doing First Language Lessons 2 for grammar, but I changed my mind.  Instead, we are going to use that time for Writing With Ease 2 and get a little practice with copywork, narration and dictation using a sort of Charlotte Mason approach to composition by copying excellent works of fiction. 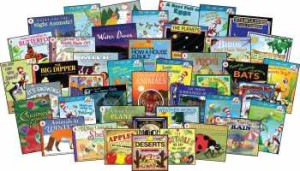 We will also be getting all the science and enrichment books (as well as the read-alouds) for second grade.  Luckily, they seem to merge pretty well with the kindergarten books and many overlap, so yay for simplicity!

We will also be reading Pocketful of Pinecones and doing regular nature study because, you know, we do Charlotte Mason, too. 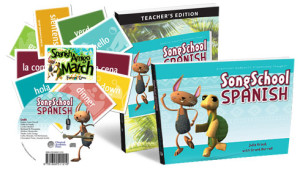 The principal demanded a foreign language and was not appreciative of my quest for Latin.  I decided that Song School Spanish would be great for BOTH girls (that simplicity thing again) and so we will give that a try.  My second grader will do the workbook and both will listen and play the games.

I have not yet decided if we will do Prima Latina this year.  It’s in the MP plans for second and I *was* planning to do it this year before I changed my plans 100 times.  I may try it and see how it goes.  It has great potential to be dropped like a hot potato, though!

The principal also requested that typing be added to our plan for the year and we will use Mickey’s Typing Adventure (which we’ve had for awhile).  She has been working in our office and doing such a great job that I think he wants to get her doing some REALLY useful things :).

Because winter days get long, and there are things I don’t want to stress about, I have tons of really fun resources.

I’ve ditched formal geography curriculum because I have so many fun geography activities. Plus, it’s included in the history. We have:

Plus I think we have other things, too. 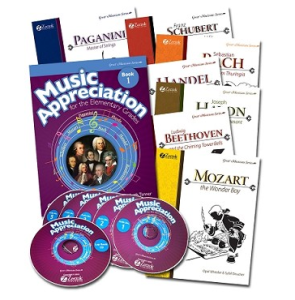 I’d like to finish this, but we have 4 months remaining.  Also, last year, we were doing EVERY workbook page, EVERY test, EVERY piece of music and EVERY lapbook item.  We may eliminate the workbook and just read, listen to some and lapbook.

That is tentatively what our third grade year will look like. We do have a whole list of other books that get wrapped up into tea time (ideally) each day.

Have you ever done an “easy” year?  For you, them or both?