Disclaimer:  I received a copy of this product in exchange for an honest review. 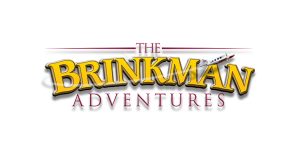 So, we don’t watch much TV around these parts. But we occasionally bring it out in large doses, like when we are REALLY sick. And then we have to wean them off again. When I had the opportunity to review a set of The Brinkman Adventures, I thought these would be a great way to wean kids off the TV in winter when we’ve gotten into bad habits.  I asked my 6 year old if she was interested. Her primary learning method is visual with a fairly strong auditory runner-up :). We listened to the episode on The Brinkman Adventures website and she was hooked.

We received Season 2: Episodes 13-24 of The Brinkman Adventures, an audio drama series about missionaries around the world. The stories are true, but the didn’t all happen to one family in real life. The Brinkman’s are a real family & they play themselves in the radio drama. I think I heard them say that the parents and other adults are played by others, though. But don’t quote me on that. Season 2 contains twelve 25-minute episodes, complete with two 30-second ad spots for broadcast purposes. They sell these on a donation basis with a suggested donation of $25 for the CD’s. They are also available as a download. 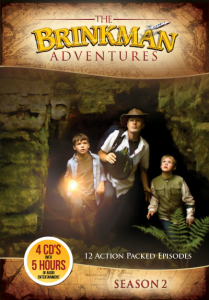 We used The Brinkman Adventures during our quiet time around lunch. The kids were busy eating and then ready for some quiet play and looking at books. And cleaning up. It worked well to listen to them while we cleaned–it made it less annoying to listen to the stories while re-shelving books and such.

Some of the later episodes on the CD were fairly mature in subject matter. There was a disclaimer that anyone 10 or under should listen with a parent, which I appreciated. I listened more closely to those and discussed them with Lil Bit6 afterward. They were about Muslim conversion issues and child slavery. She didn’t really understand those two very much.

There were some episodes early in the season with a crabby neighbor that I thought was a good example of missionary work in your own backyard. Literally. LilBit6 really liked the pirate treasure episode (we are huge pirate fans). The hidden music mystery was pretty cool, too. We have been reading about Bach in our Music Appreciation book and this was one of those connect the dots things.

Overall, we really enjoyed these stories. The production value was so good that if you are trying to wean kids from TV, these would be a good place to start. They are adventurous & suspenseful and have a great message in them. While my 6 year old didn’t get all of it, I suspect she got more than she thinks. She tends to mull things over for days and I asked her right after listening. We will be getting these out for winter listening again.