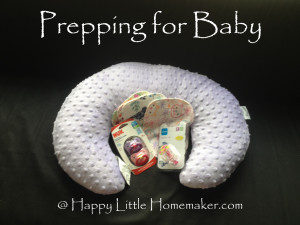 The first time around, I obviously didn’t give this a second thought. Last time, I barely did. No joke, I called my friend the night before I went into labor and said, “hey, before it gets too late, do you want to hang out with my daughter when I go into labor?”

I gave her the actual due date, we joked about it not being on our anniversary (we were married the same day, same city, same year) & said we’d talk details later. The next morning, I went into labor. Truth be told, as of writing this (several weeks ago now) I was JUST starting to think about it. Here are details that need to be considered.

Who do you want to be with your kids? Your husband? An aunt, grandparent, or friend?

Where do you want them? Home? If so, how ‘involved’ in the birth do you want them? I like mine in another room until I’m done pushing & then I like them to meet the baby :). Would you rather them be at grandmas for a few days?

What will your kids be doing? Last time, I got my 2-3 year old a doctor kit to play with while I was in labor & hubby set them up with a movie.

This time, I have a slightly different plan. Because its summer this time, I figure they could go to the park or play outside. For a long labor or icky day, I have Legos that they have never opened/played with. In addition, I have made a big sister kit.

Going to the hospital?

If you are going to give birth in a hospital, you will probably need someone to stay at the house for a middle of the night birth & while you are in the hospital. Alternately, you could also take them somewhere they are comfortable staying–like grandmas.

This time around, I decided to put together a big sibling kit for the girls so they’d have things to do as well as a little treat during this time where they will be paid attention to less.   Our kit will include:

This post is part of the Prepping for Baby Series — check out the full list of posts!

What arrangements do you make for your little ones while you are giving birth?

1Pingbacks & Trackbacks on The Kiddos & Labor {Prepping For Baby}